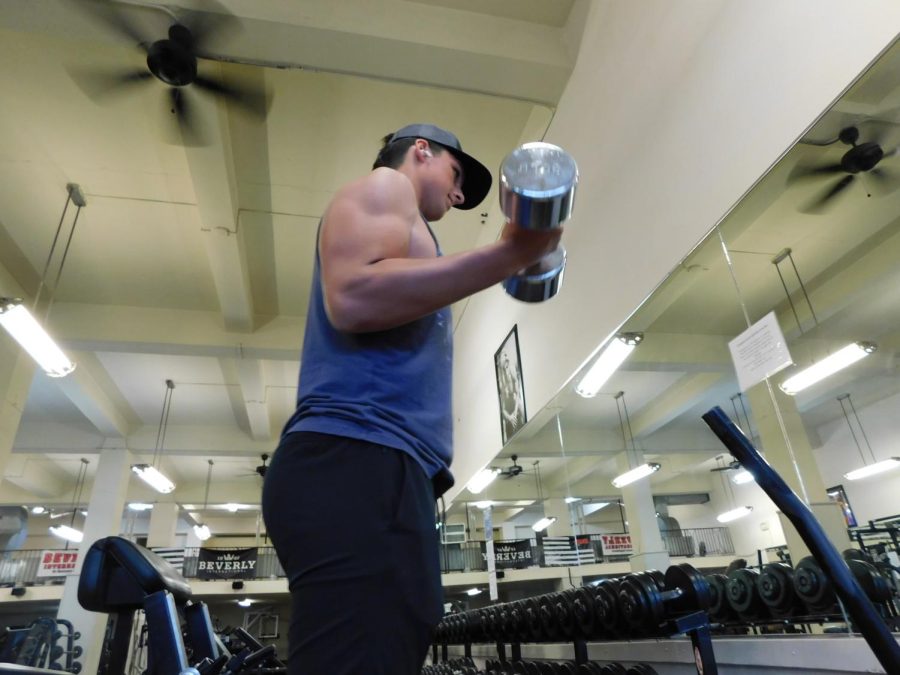 “One more set.” This is the phrase weightlifters say when they are tempted to give up. Those who go to the gym relate to this quote almost every time.

For some, the gym is a form of therapy, a safe place to release built up emotion. This is the situation for junior Aidan Seiner.

“I started lifting to become healthier and build a routine,” Seiner said. “It has further helped me in life experiences.”

Seiner makes an effort to workout daily. While life does get in the way, he is still very passionate about lifting.

According to Seiner, the main thing that drives people away from the gym is intimidation. The gym can be scary to those who are new. Seeing stronger people lifting heavy weights can drive them in the wrong direction.

“People who don’t go to the gym think it’s a bad thing to exercise,” Seiner said. “You really have to go into it with an open mind.”

The belief that the gym is an intimidating place is not entirely wrong at first, but according to Seiner, that stigma doesn’t last.

“I do it because I’m good at it,” Seiner said. “It really helps me with staying on track and keeps me invested with my day to day life.”

Obviously, not everyone is going to start at the same size. Junior Ethan Golish had some initial fears about this when he began going to the gym.

“I thought I would be judged by other people for how small I was when I started,” Golish said.

“After my first couple times going, I stopped caring what others thought,” Golish said. “I knew it would pay off for me and that was my mindset.”

Golish recommends others go as well.

“The gym absolutely helped me in so many ways,” Golish said. “I would definitely recommend the gym to everybody. The gym has become like a second home to me.”  According to these two, the gym completely reshaped their mindset. It allowed them to get themselves into shape & express themselves in a healthy manner.  If you feel as if you need a change in your life, they recommend you try to go to the gym.